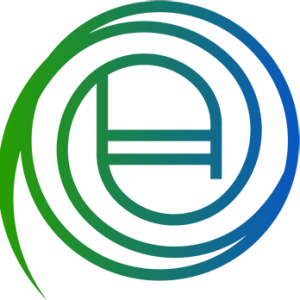 “People asked me what it was like when they reached the finish line. Long before I saw them, I could already hear the crowd reacting to them when they arrived. It was a roar like no other. A roar that cut through the landscape. There was something different, ”said Tom Grilk, current CEO of the Boston Athletic Association (BAA), who at the time was an announcer at the finish line of the Boston Marathon in the early 1980s.

They participated in 206 triathlons (6 of them were Ironman), 20 duathlons and 64 marathons. To do this, Dick Hoyt had to learn to swim with more than 40 years and go back to riding a bicycle, something he had not done since he was six years old.

Dick was the father of Rick, who had cerebral palsy due to the fact that, during his birth, the umbilical cord became entangled around his neck, which caused a lack of oxygen that resulted in this severe disability.

With barely eight months old, the doctors said that the rest of his life he would be in a vegetative state and, at that very moment, a story of effort and improvement began.

The providential appearance of engineers from Tufts University changed Rick’s fate. After telling him a joke, and observing his hilarious reaction, they understood that he could communicate and that his intelligence was intact. They built an interactive computer that allowed him to communicate through slight movements with his head. This part of the body, apart from the knees, was the only one he could control.

His first sentence, to the surprise of those present, was: come on, Bruins !, in reference to the Boston Bruins, an ice hockey team that was contesting the Stanley Cup finals. At that moment, everyone understood that Rick was passionate about the sport.

They contested his first race in 1977, two years after he was admitted to a public school. They did it in a charity event in favor of a classmate from their school who had been paralyzed in an accident. Those five miles changed the lives of father and son. “Dad, when I run, I feel like I’m not a disabled person.”

Dick was not a long-distance runner, but a Lieutenant Colonel in the Armed Forces, but has since decided to push his son’s wheelchair in one race after another. Later when triathlons rolled around, he had to pull a boat tied around his waist while swimming or pedal an adapted bike led by Rick.

His first marathon in Boston was in 1981 and raised the suspicion of the vast majority of the attendees; They did not want Rick to participate, no one spoke to them and the looks of mistrust were constant. Little did they care, five years later they made their best record: 2h 48’51 ”, and they began to be recognized and admired throughout the country.

Dick’s last race was in 2014 at the age of 74, although he had previously suffered a small heart attack during a test. 95% of one of his arteries was clogged and doctors argued that his great fitness was key to not dying. It could be said that father and son saved each other.

Dick passed away on March 17, 2021, and since he stopped pushing his son’s chair, Bryan Lyons took over. Unfortunately, this one died suddenly last year.

Rick, who graduated from special education in 1993, did not participate in the 2019 Boston Marathon due to pneumonia and last year the pandemic canceled the race; but in the next edition he promises to participate again. It will be an excellent occasion to honor the memory of your father.