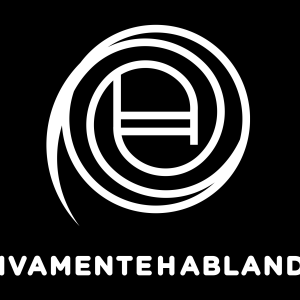 There were five occasions; the first of them in early October. The weather was still mild despite being on the shores of the Baltic, and the experience was well worth any kind of inclement, at least for that first time.

Kaliningrad is a small piece of land between Poland and Lithuania that, at different times, belonged to different countries until the Russians took it over due to its strategic location.

Russia is surely not the same as it was in the days of the Iron Curtain, but despite this, it is not a country to be made a joke.

We arrived after eight hours by bus after crossing much of Poland from the west of the country to the aforementioned border. We descended with almost the same enthusiasm as some schoolboys who are about to start their end-of-year trip, although we soon discovered that it was going to be far from being an amusement park.

It was not difficult to pass the only customs control established by the Polish police, it was a routine passport check. That expedition, made up of about twenty people, in which the average height was around two meters, grabbed the handles of their suitcases to walk the 800 meters that separated Poland from Russia. Some had the innocent audacity to take a photo, although persuasive Polish police quickly dissuaded those who tried.

I placed myself at the end of the group to take perspective of a picture that was not wasted. Huge guys dragging suitcase wheels in a place that seemed like the last corner. For a moment it seemed unprecedented to me that that expedition had as its objective to play a couple of games in Russian lands, instead of the flight of those who seek refuge in an unknown land.

Two Russian soldiers were waiting for us, they took our temperature, visually checked our passports and checked our negative PCRs. Two of us spoke Russian, which made understanding what was going on a little easier for a few Poles, a Latvian, a Croat, a Dane, three Americans, and a Spaniard.

It did not take us long to understand that this was not going to be a joke, no matter how much nationality made us think otherwise. We waited standing, in the open, without anyone giving us explanations. Meanwhile, only trucks, cars and vans crossed that border; which made it clear that the traffic of people was something unusual. The Russians came and went, entered a sentry box, went to an office located about 15 meters away, checked the drivers’ passports and raised and lowered the barriers.

We surely passed that first checkpoint when the Vladimir on duty saw it fit, the same thing happened a kilometer further on when the visas were stamped, a process that lasted for almost two hours. The mercy of time had long since ceased to be such, although our student humor never waned. And all this despite having to pass a third control after walking a similar distance to the previous sections.

On that occasion we made the return trip, along the same border, with two defeats and several affected by coronavirus, although, fortunately, when crossing the symptoms, the symptoms had not yet appeared. It would have been a lot of fun to spend a quarantine on that patch of land.

The other times sportingly we were much better, but the experience not because we were known left us indifferent; like when the team came back on Christmas Eve.

Professional sports do not always have the glamor that is assumed, much less in times of pandemic.