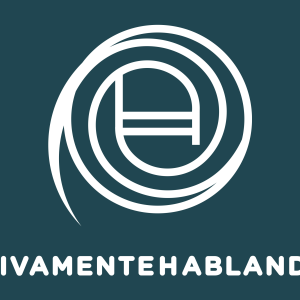 What do Rafa Nadal, Andrés Iniesta and Simone Biles have in common? All three are elite athletes, number one in their respective specialties – tennis, soccer and gymnastics – and all three know what it means to live with anxiety and even depression.

With the increasing professionalization of many sports and an ever-increasing competitive demand, athletes are subjected to excessive pressure in their day-to-day life. What used to be the greatest of diversions, becomes a difficult burden to bear, to the point of hating the most beloved sport until then.

In the world of Spanish football, Real Madrid coach Benito Floro was the first in the 1992-93 season to introduce the figure of the psychologist as a fundamental part of a professional sports team. That ‘Quinta del Buitre’, where players such as Butragueño, Michel, Sanchís, Martín Vázquez stood out… it was the first that had the help of a professional who took care of their psychological preparation. It should be clarified that that was then received with skepticism, as an extemporaneous occurrence of a geek. Only the passage of time and the generalization of psychologists in the world of sport caused the perception of that innovation to change radically and that today it is unthinkable that psychological support is not part of the preparation of the elite athlete.

We have all felt at some point what anxiety is. Occasional anxiety is a normal part of life. However, anxiety maintained over time, with irrational fears, difficult to control sensations that interfere with daily life, becomes a disease that must be treated by a professional, either a psychologist, a psychiatrist or both.

Anxiety maintained over time, that irrational fear of normal day-to-day situations, can end up leading to depression. Andrés Iniesta describes perfectly in his own words what happened to him from 2005 on: “The days go by, you don’t get better, everything is turning cloudy or black.” His coach at Barcelona, Pep Guardiola, was overwhelmed by the magnitude of the problem and did the right thing: put it in the hands of professionals. A few years later, he would score the goal that gave Spain the victory in the 2010 World Cup in South Africa.

Also Rafa Nadal at Wimbledon 2005 knew what it was like to deal with anxiety. “Beyond winning or losing, which falls within the athlete’s logic and with which I have never had problems, it is an internal burden, of not controlling the times, neither the point, nor the ball, nor the breathing. By not controlling your breath, you stop controlling everything else. ” stated in relation to his confrontation with Daniel Brands. It is not necessary to list the innumerable sporting achievements achieved since then by the great Spanish tennis player.

It might seem after what has been said so far, that sport is harmful to combat anxiety. Quite the opposite. Playing sports regularly, appropriate to the age and physical conditions of each person, is one of the best ways to combat anxiety. Numerous studies show that physical exercise reduces anxiety levels, and should always be part of your treatment. Psychotherapy and / or pharmacological treatment in combination with the practice of some sport improve the prognosis.

So, there is no excuse anymore. Put on your sneakers and… give him a shoe.